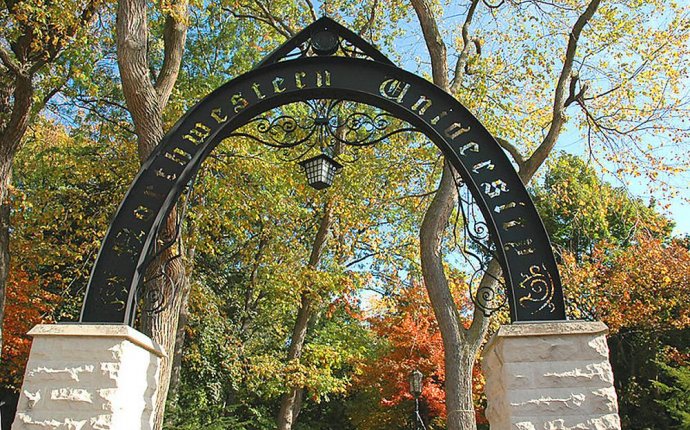 An exterior view on Feb. 15, 2017 shows a quadrangle bordered by fraternities on the campus of Northwestern University in Evanston, Ill. Chris Walker—Chicago Tribune/Getty Images

Student protesters shut down a sociology class at Northwestern University on Tuesday, after a professor invited an Immigration and Customs Enforcement (ICE) public relations officer to be a guest speaker.

The protesters, chanting and waving banners, argued that the officer's presence on campus represented a threat to undocumented students. But the professor — who canceled the class during the protest because she was concerned for the speaker's safety — said she had been hoping to start a dialogue.

"The goal was to bring in somebody who was familiar with how that agency is structured, " Beth Redbird, an assistant professor in the Department of Sociology, told TIME.

She said the plan was for the officer to visit the class, which covered social inequality, and explain how ICE's Chicago field office works within the larger law enforcement structure of the Department of Justice and Department of Homeland Security. Redbird had also planned for an undocumented immigrant, who advocates for immigrant rights, to visit the class on Thursday, but after Tuesday's protests, she decided to cancel that visit as well.

The incident comes as universities across the country have dealt with high-profile protests in the face of controversial speakers. The student protesters at Northwestern voiced concern that the ICE officer's visit gave a platform to an agency that has arrested hundreds of immigrants in raids across the country.

“We’re not interested in having those types of conversations that would be like, ‘Oh, let’s listen to their side of it’ because that’s making them passive rule-followers rather than active proponents of violence, ” April Navarro, a Northwestern sophomore who helped organize the protest, told the Daily Northwestern. “We’re not engaging in those kinds of things; it legitimizes ICE’s violence, it makes Northwestern complicit in this. There’s an unequal power balance that happens when you deal with state apparatuses.”

We are deeply disappointed in the conduct of a group of students Tuesday that resulted in the disruption of a lecture in a Northwestern University class. The behavior of our students in this incident was disrespectful, inappropriate and contrary to the values of the University.

At Northwestern, our faculty members are free to encourage academic discussions within their classrooms, including inviting speakers of their choice. While we understand the point of view expressed by the students protesting the guest lecturers invited to speak here, the resulting disturbance not only limited the academic inquiry central to our campus, it also forced invited speakers to leave and violated the rights of other enrolled students who were present to learn.

We recognize the need for robust discussion about difficult and at times, polarizing issues. Free expression must be protected and should be countered with more debate, close examination and critical thinking — not censorship.

Northwestern is carefully reviewing the facts around Tuesday’s events in order to determine the appropriate actions to be taken by the University.

ICE's assistant director of public affairs said in a statement that while ICE "fully respects the rights of all people to voice their opinion peacefully without interference, it’s disappointing that our community relations officer was prevented from engaging in an open dialogue with students about ICE’s law enforcement mission. By conducting outreach, ICE helps educate the community and dispel myths perpetuated by irresponsible rhetoric."

Lauren Thomas, a Northwestern senior who recently worked to pass a student-government resolution promoting free speech and viewpoint diversity on campus, said she was disappointed that the ICE representative was not given an opportunity to speak at the school.