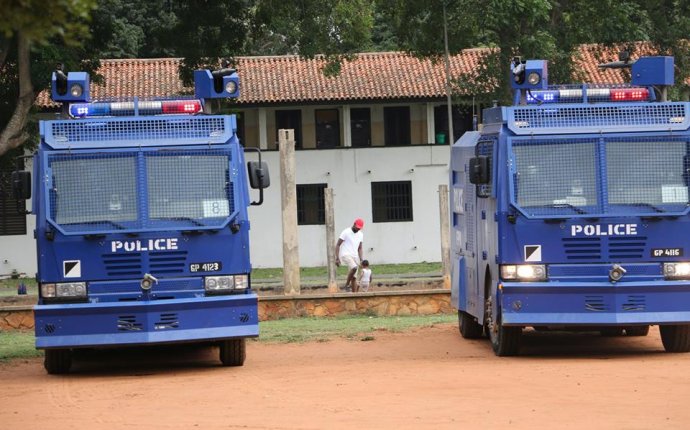 [Hide abstract] ABSTRACT: A cross-sectional study was conducted in Ghana to examine the impact of workplace violence on nurses’ emigration intentions from 2013-14. A combination of purposive and random sampling techniques was used to select 12 public hospitals and 592 professional nurses. The results showed that 48.9% of the participants had emigration intentions. Junior nurses were 2.8 times more likely to have emigration intentions compared to senior nurses, and those who experienced violence were also more likely than their counterparts who were not involved in such incidents (physical 2.1 times; verbally abused 1.8 times and sexually harassed 2.4 times) to have intentions to emigrate. Binary logistic regression showed that workplace violence is a significant predictor of nurses’ emigration intentions. These results reiterate the need for pragmatic measures to curb workplace violence against nurses. [Hide abstract] ABSTRACT: The increasing poor performance of most public schools in Ghana has made the task of Government in meeting Basic Education needs a daunting one. This study, therefore, examined, from the perspectives of pupils and teachers/heads of schools in three selected privately owned Junior High Schools in Accra, the influencing factors on their higher academic performance as compared to public schools. Findings from this study could serve as a blueprint for improving academic performance in publicly owned Junior High Schools in Ghana. Overall, 121 respondents were interviewed using purposive and simple random sampling techniques. The study found that parents and role models played a crucial role in pupils’ academic performance. [Hide abstract] ABSTRACT: HIV counseling and testing (CT) is one of the key strategies in the prevention and control of HIV and AIDS in Ghana. Although condoms remain a significant tool in the prevention of sexual transmission of HIV, they are often not used consistently or correctly due to some patriarchal beliefs resulting from the typical male roles that call for men and boys to be tough, aggressive, sexually dominant, and risk taking. What is more, the utilization of CT services among men is generally low. We therefore conducted a quantitative study of 600 men (median age = 22 years) to determine HIV counseling and testing among men in the University of Ghana. Overall, CT use among men was 19%. Of those who used CT, 84% did so voluntarily. The major barriers to CT use among men were due to 'non regular use of a condom', 'don't want to know', and 'fear of receiving an HIV positive test result'. Results however revealed that age of respondents had a significant influence on HIV counseling and testing among men (p